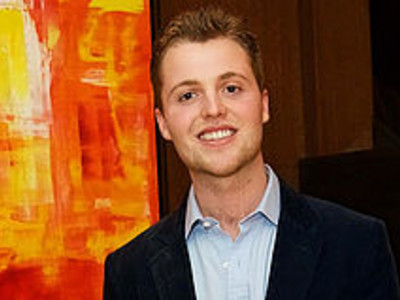 Aubrey Higgin celebrates nature as an escape from the modern age. Higgin transports the viewer to idyllic memories of the outside world; these previously fading memories are revitalised by the magnitude and beauty of nature, illustrated through his use of texture and vibrant colours. These vivid colours evoke positivity, vitality and excitement; yet his peaceful, tranquil scenes are also nostalgic – a longing for the pre-digital age.

The digital world we are living in today is so removed from nature; everything is viewed through a screen, and as such we lose the beauty of depth and 3-dimensional realities that nature offers us. By employing such idiosyncratic texture in his work, Higgin hopes to appeal to the viewer’s senses and ultimately enable the audience to break free from digital domination and reinvigorate the waning connection between humankind and nature. With the use of his imagination and unique perspective, Higgin looks to recreate nature on canvas, giving these scenes a life of their own, rather than merely replicating landscapes visible to the human eye.

“I want the paint to feel almost as if it’s alive - dancing on the surface.”

Past masters of impressionism, and in particular Monet, bear significant influence over Higgin’s work, albeit in a contemporary manner. Whilst these influences are clear to see, he breaks down details with techniques reminiscent of Richter in clear contrast to the impressionist movement. He abandons the fine details and lets his imagination and memory determine the image. Higgin strips off the fine superfluous details and focuses on blocks of colour, transforming the Lilies into the likes of a floating island in a sea of light. From close up the heavy painterly strokes become the focal point instead of the composition. The technique combines order and chance through his thick kinetic application of paint.

Higgin often adopts a vibrant yet minimal colour palette which he executes in lively tones. The build-up of paint gives the work a sheer scale of power and presence that are intrinsic to the scenes of nature. Higgin’s works are almost a fine line between painting and sculpture. He uses unusual tools such as builders' painting knives and horse cleaning brushes to create gestural rich textures. The 3-dimensional impasto technique and the often warm, romantic background allows him to express an idealized representation of reality, creating his own artistic language.

Aubrey Higgin (b. 1993, Cheshire, United Kingdom) currently lives and works in London. He was raised in the Cheshire countryside and received a Bachelor of Arts Degree in Fine Art from Reading University. He has exhibited internationally with Hatch Middle East (2018) and was selected as one of eight artists for the 2018 exhibition – ‘Emerging Artists; An Edit’ at London’s contemporary 45 Park Lane, an event to celebrate artists who are ‘shaping the future of art’. He has collaborated with a number of charities in his exhibitions, including James’ Place, opened by The Duke of Cambridge. Higgin’s work can be found in private collections internationally, including Geneva, Dubai, Rome and Santa Monica. 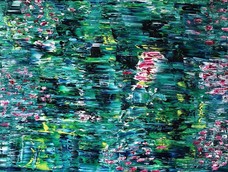 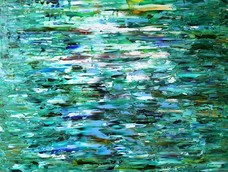 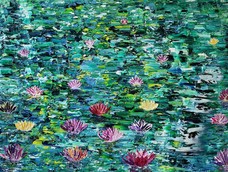 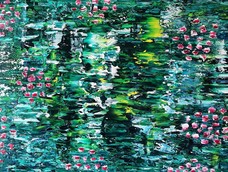